On Sunday 11th November Sing Papworth will be performing the premiere of Jenni’s choral piece ‘Perhaps’ as part of their Remembrance concert. Set for SAB and piano, this is a setting of Vera Brittain’s text of the same name, written in memory of her fiancé, killed by a sniper in the first World War.

The concert will be held at Papworth Village Hall, Papworth Everard on Sunday 11th November at 7.30pm. There will also be a premiere of a new piece by Jane Watson, alongside works by Copland, Elgar, Karl Jenkins and Parry. 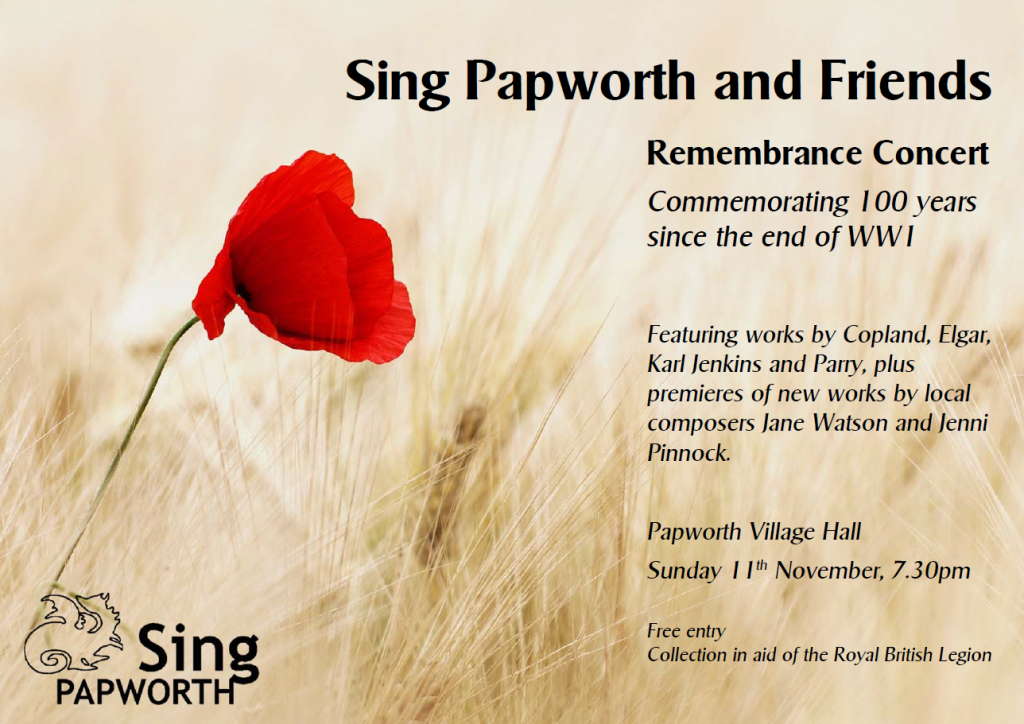 Give them time (from Snapshots)

The next two songs I’ll be sharing from Snapshots both have nature themes. Here’s a snippet of Give them time, performed by Andrew Bain. Snapshots is a collection of ten musical theatre style works, each Read more…

Solar Wind – part of the Celestial Utterances collection (for solo upper woodwind instruments) has been selected as part of the latest Trinity College London woodwind syllabus. Solar Wind can be found in the Clarinet Read more…